*READ FOR FREE ON KINDLE UNLIMITED*

Don’t have a Kindle? No problem… get the free Kindle reading app and read on any smart phone, tablet or computer.

BOOK ONE, TENDER LOVE ebook is not in the boxset but is free to read here.

She’s a committed Christian. He’s a dedicated father. Will a chance meeting repair their fragile hearts?

Tessa Scott can’t help but question God’s will. After the animal surgeon’s long-term boyfriend cut loose, she’s all alone except for the goofy, untrained stray she met outside her clinic. But when a trip to puppy school reveals a dashing single father, Tessa wonders if becoming a wife and a mother may be part of her path…

Ben Williams kept most of his feelings inside when his wife left him. Absorbed with his work and raising his son, he’s surprised by his therapist’s prescription to get a new dog to care for. The captivating woman he meets at training class stirs something inside him, but can he move past his painful divorce to open his heart all over again?

As their friendship grows deeper, the challenge with Ben’s rebellious son rises to a whole new level. If Tessa can overcome her doubts and Ben can embrace his future, then they may just find God’s peace after all…

A new marriage, a ready-made family, and a face from the past…

No sooner do Ben and Tessa return from their honeymoon in Fiji than Ben’s teenage son, Jayden, reverts to his old, troubling habits. The honeymoon is definitely over.

Tessa desperately wants to be a good mother, but Ben’s parenting style causes her a great deal of stress. Part of her wants to coddle Jayden, another wants to support Ben’s wishes.

She can’t do both.

As she frets over marrying Ben and taking on so much responsibility, a new challenge arises. How will Tessa and Ben cope when their worst fear is realized?

Will they have the strength to power through and hold onto God’s graces or will the turmoil be enough to make their faith falter? Can this ready-made family remain together, especially now that their worst fear has come to fruition?

A missing teenager… a marriage in turmoil

When Ben and Tessa return from their holiday to New Zealand without Jayden, his absence takes an enormous toll on them both. Tessa becomes concerned that Ben will slip back into depression.

They should trust God to bring Jayden home, but reminders of him are everywhere. It’s next to impossible.

Tessa has an idea she believes is from God. This idea leads her and Ben half-way around the world. Although they meet some wonderful Christians who help them in their relationship with each other and with God, this journey doesn’t bring Jayden home.

Meanwhile, Jayden thinks life will be better with his mother, but when reality sets in, he realizes he’s made a mistake.

A mistake that could ruin his life.

He wants to go home, but how can he leave his mother?

Now these three remain: faith, hope and love. But the greatest of these is love…

At long last, a letter arrives from Jayden. Ben and Tessa are ecstatic and hopeful that their son will soon be home.

But when they discover he has a girlfriend, that hope is quickly dashed. He’s smitten with Angela Morgan, and they fear he might never return.

All they can do is pray.

Meanwhile, after making the difficult decision to leave his mother, Jayden attaches himself to Angela’s family, but he neglects to tell them he’s in America illegally.

He starts attending a Bible Study run by Angela’s youth group, but before he makes a decision to follow God, Jayden needs proof that God is real.

As his heart slowly opens, Jayden faces the hardest decision of his life. If he decides to follow God, he’ll have to come clean and tell Angela the truth about himself, but if he does, will he lose her?

Can he give up his first love for an even greater love?

The above books make up “The True Love Series”. If you like charming characters, faith-filled families, and friendships that become something more, then you’ll love Juliette Duncan’s inspirational second-chance romance set in sunny Queensland, Australia. Grab your copy and be blessed today.

Note: Book 1 is NOT in the boxset but it can be read for free here. is pray.

"This was such an excellent series! I love how each of the characters developed throughout all the stories & I had a really hard time putting the books down. I highly recommend this series if you want to read stories with real-life situations, likable characters, & God's love woven throughout" JLB 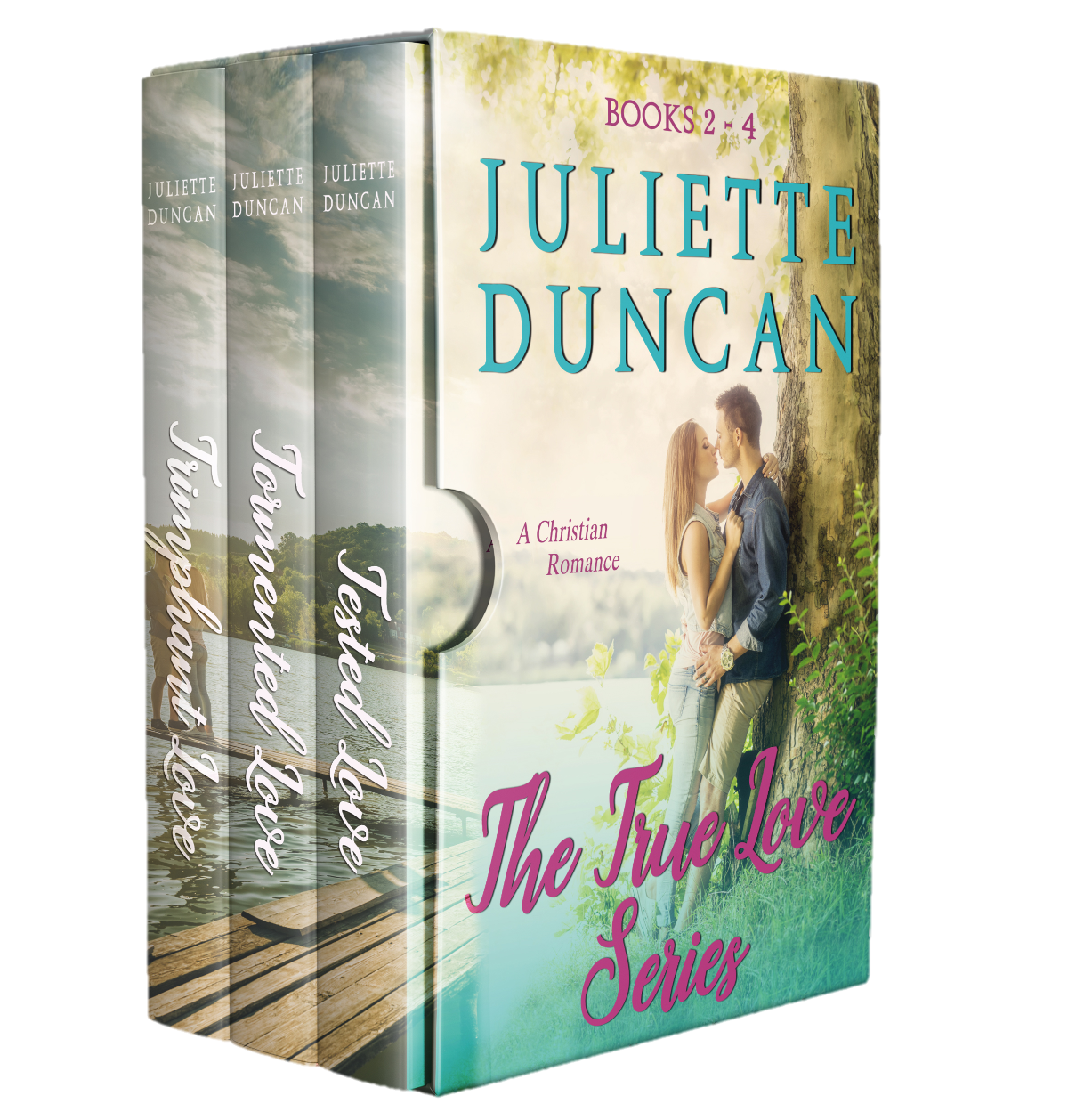