An alluring cattleman who captures her heart.

City dwelling Maggie Donovan is trying her best to let go of her resentment after her high-profile politician husband of thirty-five years left her for a much younger woman. Her focus now is her job as a reporter for the Country Women’s Magazine, her two adult children, and her church.

She doesn’t care that her ex-husband now has a child who could be his grandchild.

No. It doesn’t worry her at all.

Frank Goddard has never considered moving on after his beautiful wife, Esther, was killed in a freak accident six years earlier. His family, who live with him on Goddard Downs, a cattle station in northern Australia, plus his faith, are what he lives for now.

But he’s lonely. He just doesn’t know it.

When Maggie is sent to the remote, mysterious Kimberley area to write about women living on isolated cattle stations, she jumps at the chance. A change is as good as a holiday, so they say.

Never did she expect to fall for the tall, handsome Frank Goddard of Goddard Downs.

But how can a relationship work when they live so far apart?

When the road is slow and dangerous.

When their lives are complicated.

And besides, how do you date when you’re going on sixty?

Slow Road to Love is Book One in the Sunburned Land Series, a mature-age Christian romance set in the beautiful, rugged and remote Kimberley region of northern Australia. Fall in love with Frank and Maggie today, but note that their story continues in Book Two, Slow Journey to Joy. 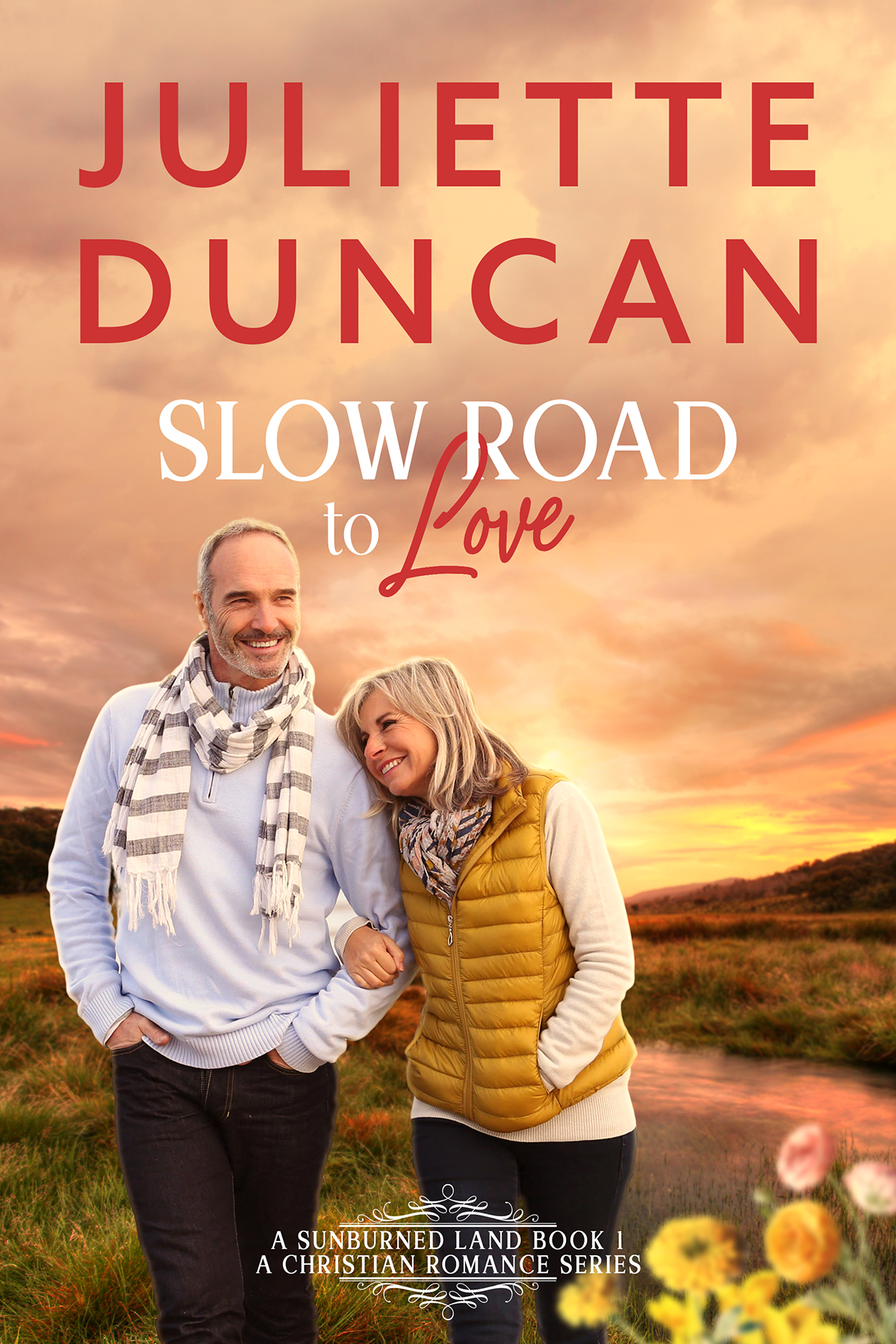 An emergency dash to Paris, an engagement on hold, and an ex-husband who wants her back...

An emergency dash to Paris, an engagement on hold, and an ex-husband who wants her back…

When Maggie learns her daughter is missing following a bomb blast in Paris where she was on assignment, she leaves Frank and flies halfway across the world to help with the search. What else could she do, even though she and Frank were about to announce their engagement to his family?

The announcement had to wait. She couldn’t think about marrying him when Serena was missing, possibly dead.

When Cliff tells her he still loves her and that he made a mistake in leaving, she begins to have doubts about marrying Frank.

Was she too hasty in accepting his proposal?

Does she still love Cliff, although he’s an arrogant, selfish so and so?

Maybe. Maybe not. But one thing’s for sure, God loves him, even if she doesn’t. 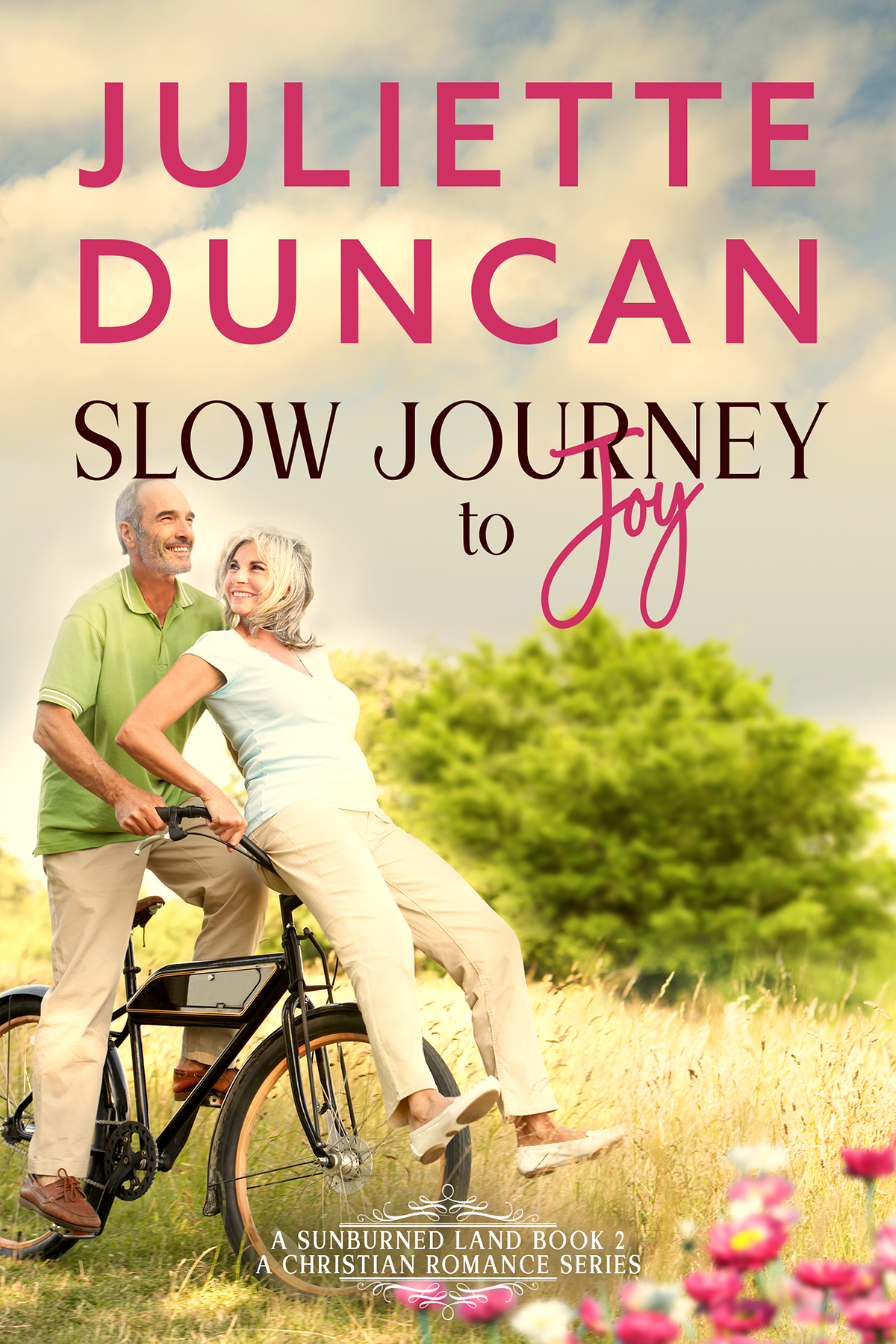 With their lives stripped bare, can Serena and David find peace?

Serena used to be young and beautiful. Now, her face is scarred for life.

Can she move on? Will there ever come a time when she can look in the mirror and not be repulsed by her horrid, ugly, wrinkled skin?

Will she ever see herself as God sees her? As a precious, much-loved daughter of the King?

David is riddled with guilt. He thought that caring for Serena would assuage that guilt. It didn’t. Maybe fighting a raging fire will help.

Unless he dies in the process.

But what does it matter now that Serena has rejected him?

Maggie longs to help her daughter find peace, but can she balance her new marriage to Frank at the same time? 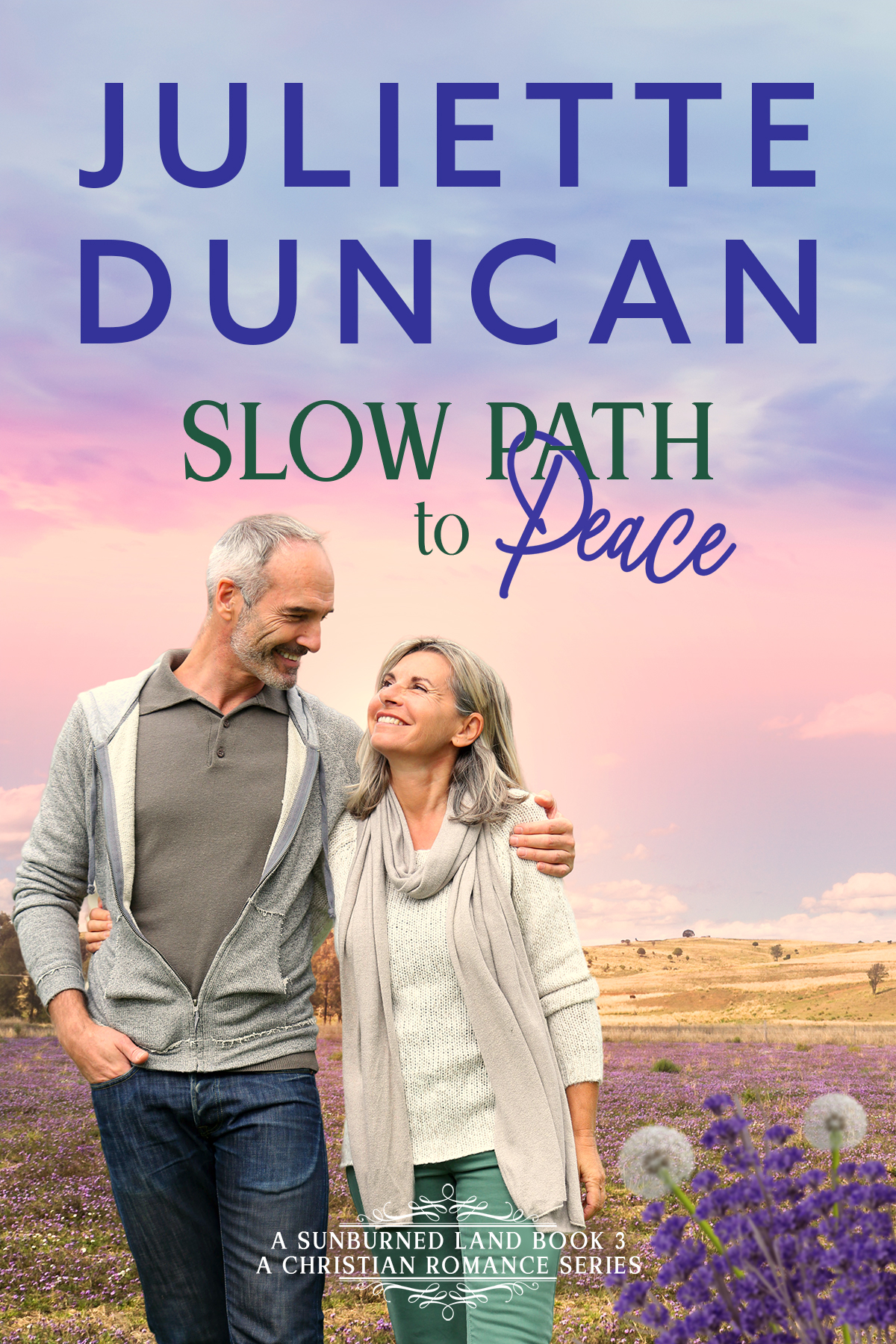 He’s a cowboy who lives his life with abandon.

Joshua Goddard has lived in the shadow of his father and brother all his life. He wants more from life than simply taking tourists on overnight cattle drives.

Stella Martin has always done things her way. So what if she’s made mistakes? Doesn’t everyone?

Can a visit to Goddard Downs help her find the love she’s secretly sought but never found?

Slow Path to Peace is Book Four in the Sunburned Land Series, a contemporary Christian romance set in the beautiful, rugged and remote Kimberley area of northern Australia. Grab your copy now and be blessed. 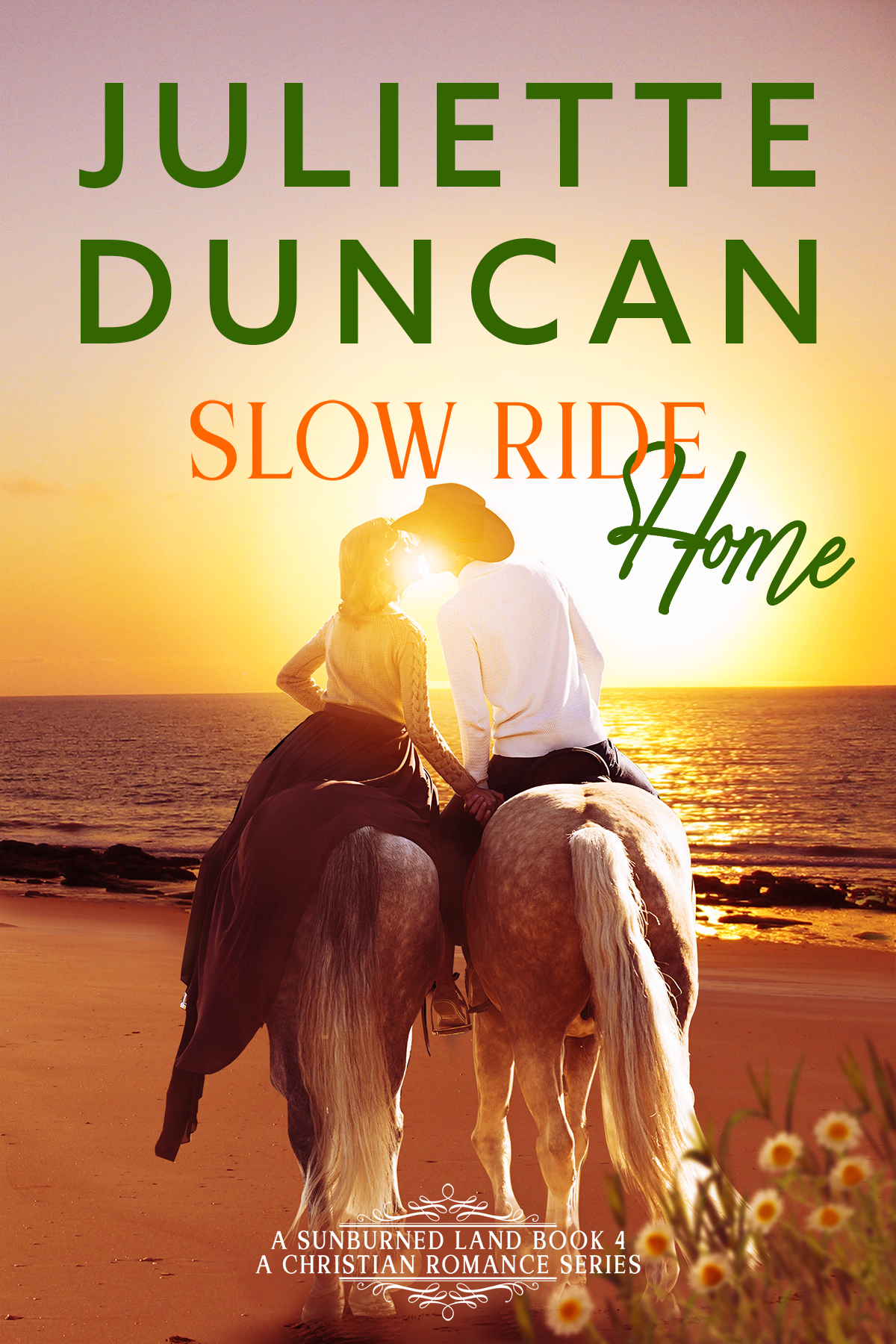